The selfie is about to get a serious facelift. What some criticize as the epitome of self-absorption is becoming a powerful tool for protecting individuals’ credit cards and other personal information from criminals. This new technology, called selfie verification, also has benefits for businesses, especially those with high-risk merchant accounts. Here’s a closer look at this form of facial recognition and its benefits.

MasterCard is the first major credit card company to roll out this verification. For several months, customers in the United States and the Netherlands tested it. Because the identity check app received such positive reviews, the company is expanding its availability. USAA, another financial institution, has a new program that allows customers to use a selfie in place of a password to access their banking app.

Even some governmental entities are adopting selfie verification. The state of Georgia has plans to let taxpayers use a selfie to set up a secure account. When they’re ready to submit their tax filing, people take a new selfie to verify their identity. Anyone wanting to use this new security measure typically has to download an identity check app. Then, users upload photographs of themselves for the company to keep on file as registered images. When consumers make a purchase online, they hold up their phone or tablet and take a quick snapshot of their face to finish the transaction.

The verification system relies on the registered images to confirm that the selfie is a match. For any MasterCard customers who don’t like the idea of facial recognition, there’s another option. Those who have an iPhone 6 or iPhone 6S can use fingerprint verification instead of a selfie.

Although no system is foolproof, selfie pay, as it’s sometimes called, is quite sophisticated in how it prevents fraud. For example, MasterCard has its algorithm that’s designed to detect when someone tries to deceive the biometrics verification system. To ensure that this safeguard works, users must blink when they take their selfie.

Because photographs of people are widely available thanks to social media, facial recognition software often relies on images that aren’t the same as the ones you’d find while searching the web. Typically, they require the person to move within the frame, a step that verifies there’s a real person and not just a static image. The program Georgia plans to use asks people to turn their face to a particular angle and checks for motion.

This technology enables consumers to feel more confident in using their credit card. With this advanced verification system, their transactions are less likely to be incorrectly declined. With the increase of identity theft and credit card fraud, card issuers are more prone to reject a charge if it seems suspicious. But with selfie verification, there’s no question the charge is legitimate. MasterCard customers have the peace of mind that criminals face a higher hurdle to using a stolen card online.

Whether they have a high-risk merchant account or a standard credit card processing agreement, retailers don’t want to lose sales to fraud or suspected criminal activity. When a credit card company declines a payment because of alleged fraud, it results in a chargeback and a lost sale for the merchant. This is especially frustrating for the business when the transaction was legitimate.

With selfie verification, there’s no question that the cardholder is making the purchase. This technology also makes it harder for fraudsters to steal someone’s credit card and use it to buy things online.

What the Future Holds

While MasterCard is using selfie verification in some areas, the company is looking to expand its use of biometrics to confirm a consumer’s identity. Voice recognition, iris scans, and heartbeat monitoring are three options MasterCard is considering.

It looks like other companies will unveil their versions of selfie verification within the next couple of years.

Privacy groups worry about the implications of big companies storing photographs of its customers because selfie verification is becoming more prevalent. Privacy advocates are speaking out about the potential for companies to misuse the images they acquire through selfie verification. Companies are taking steps to address some of these issues. MasterCard, for instance, converts its registered images to ones and zeros to make it difficult to recreate the photo. Another remedy is that most companies using facial recognition don’t store the images sent for verification.

As with any identity verification system, any company using selfie verification will need to be proactive in addressing privacy concerns. 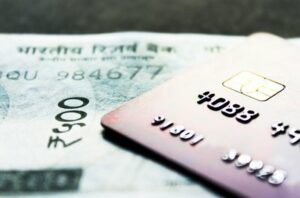 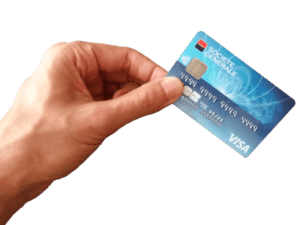